Devised with housing insecure performers from Skid Row | Choreographer, Associate Director | Produced by The Creative Thinking Project in partnership with The Geggen Museum of Modern Art

It’s Time developed from Dr. Peter O’Connor’s work with Hobson Street Homeless Theatre Company. That project resulted in a play that toured New Zealand presenting positive stories about people living on the streets in Auckland and was performed by the homeless storytellers themselves. After the success of this project, O’Connor received an invitation to bring the same idea to Skid Row as a week-long residency with two performances.

The residency centered on the importance of arts and culture in the lives of the housing insecure performers. Bringing together actors, singers, dancers, and artists from Urban Voices, Los Angeles Poverty Department, My Friend’s Place, and Skid Row Housing Trust allowed It’s Time to draw on the networks of local organizations and community art groups. Located in the heart of Skid Row, our partners at The Geffen at the Museum of Contemporary Art (MOCA) desired to connect with their neighbors–including those without permanent homes. It’s Time created an opportunity for a major art institution to engage with its local community in positive and meaningful ways. In fact, every performer in It’s Time received a free annual membership to MOCA and one of the performers ended up having his work displayed in the museum.

It’s Time highlights the enduring spirit of hope and resilience that can still grow even amidst the depths of extreme poverty and despair. The artistic team hopes that projects like this can contribute to confronting society’s lack of initiative in dealing with the root causes of homelessness. By aspiring to amplify the voices of people who are mostly ignored and forgotten, It’s Time invites the audience to witness the humanity of the storytellers as they share their experiences with homelessness.

This residency consisted of seven hours of rehearsal a day from Monday through Wednesday for one week. Utilizing Boal’s Image Work methods the performers crafted 2-3 minute scenes from tableau work. Peter provided the devising prompt: a moment in each performer’s life when they heard an internal voice say, “Hurry up. It’s time to go.” The performers developed six scenes in total whose stories ranged drastically from three men who struggled in life and finally make it to St. Peter’s pearly gates, to domestic disagreements, to a mother grieving the loss of her son due to gun violence (see images from each on the following page). We drew inspiration from the site-specific location of the residency – a museum – and staged the pieces as human-art installations.

While we encountered some obstacles as we continued to refine the work throughout the week, Peter’s master facilitation coupled with side coaching from Craig and I helped to shift the project in a productive direction when the energy frayed. During our second day, Peter brought the whole group back together and had each group share their work. Just prior to the sharing, he framed our viewing of the work by giving us a monologic preview, “You’re about to see a story of…” to introduce each piece. After each performance, he interpreted how each mini-scene captured the theme of our work: “Hurry up, it’s time to go”. In affirming everyone’s work and repeating this phrase, Peter crafted a narrative around the project that lifted everyone’s work up and validated the importance of everyone’s contribution.

Assisting in these moments of tension and witnessing Peter’s facilitation impressed upon me the importance of working from the community partner’s place of knowledge, experience, and strength. These chiefly informed the movement and choreography of It’s Time. During Tuesday’s rehearsal, I led a movement workshop that developed the physical vocabulary of how the performers would move from one vignette to another in the space. Working off of their own movement abilities and within their various mobilities, I drew on Laban and Viewpoints techniques to lead each performer to craft a movement sequence of their own. After a warm-up and imaginative movement exercise, I instructed performers to select a point in the space as their “home base” and one as their “destination”. They then created a crossing pattern from home base to their destination that represented their personal journey from the point in their life when they heard the “Hurry up. It’s time to go” call to the destination that they moved toward. Recreating the topography of life’s obstacles – literal or metaphysical – each performer ended with a unique movement pattern that was then inserted into the performance as a way for them to move to the place of their individual installations. The other significant choreographic moment focused on the fabric. At our end-of-session
meeting on Monday, I shared my reluctance with Peter about the tent idea. The stories that had come out of our first hours of devising did not include any mention of tents and seemed to be going in a different direction. Peter agreed with me that unless the tent image came up in rehearsal from the performers, we would use the fabric in another way. We discovered on day two that a few of the performers had some visual art skills. Craig, Peter, and I thought that the fabric could be an excellent opportunity for them to express themselves in a non-performative artistic way. I cut the fabric into three large swaths and we allowed time in rehearsal for the performers to add messages and drawings about their life and experiences on Skid Row to the fabric.

Peter directed me to stage the final transition moment which would lead the audience out of the final vignette and bring them back together in the seats by the stage. For this moment I decided that I wanted to reflect the range of work that the performers had devised–from hyper-realistic to highly metaphorical. Therefore I began by bringing the fabric into the final installation. One piece was laid shroud-like over the body of the fallen son, another was draped on the mother like a mantle, and the final piece was folded and given to her–an offering to a grieving mother. The death shroud eventually transitioned into angel’s wings (pictured at right) as the son rose into the afterlife. Finally, after a performer playing a bystander to this horrific scene began to chant, “I’m not giving up/ I’m not giving up, giving up, no not yet,” all three fabric pieces unfurled like banners. All the performers gathered between the three of them and marched the crowd forward like a protest rally or a parade. The transformational quality of the fabric, covered with the thoughts and feelings of our performers, reflected the transitory nature of their lives and experiences.

My collaboration on It’s Time marked a significant moment of growth for me. It allowed me an opportunity to work with an intergenerational community group outside of an educational context. It afforded me the opportunity to observe and learn from master directors – both Peter O’Connor and Craig Christie. Finally, it challenged me to examine my process and re-prioritize my aesthetic goals with the reality of what can be achieved given other factors, such as participant experience, time, mental health, and reliability. I look forward to the next iteration of this project as both MOCA and The Creative Thinking Project plan to continue the residency, and collaborator Craig Christie explores possibilities for adapting the work into a musical.

Story of the Show

Interviews with the Performers 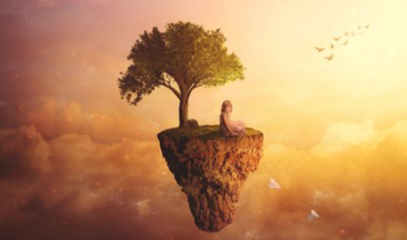 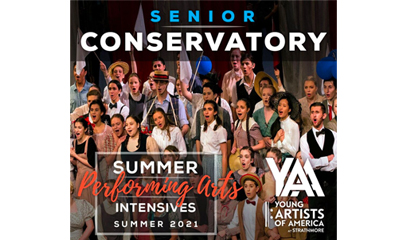 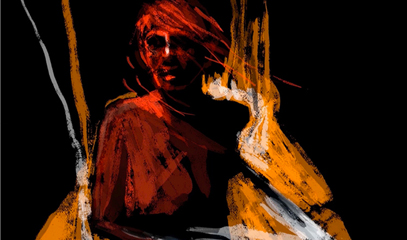